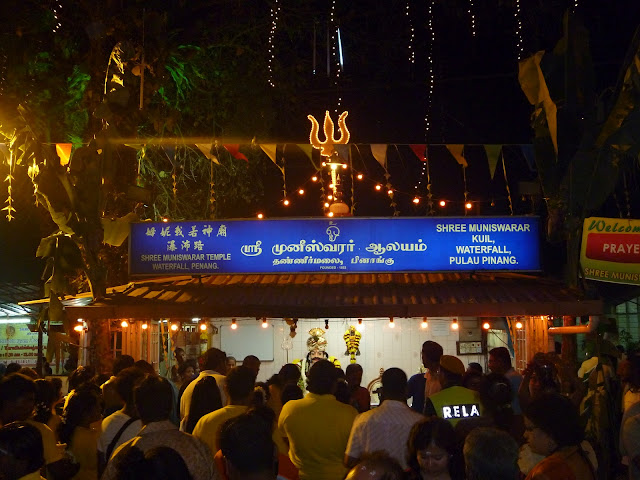 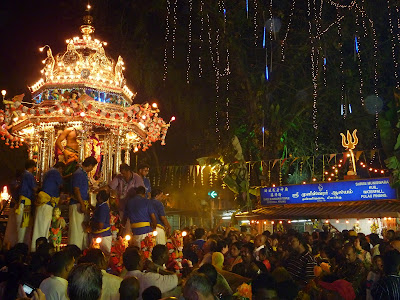 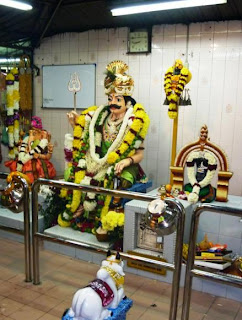 At Penang's Jalan Waterfall Sri Muneeswaran Hindu temple,
Lord Shiva sits in a meditating posture. He has long matted hair which
holds the flowing Ganges river and a crescent moon, a serpent coiled
around his neck, a trident (trishul) in one hand and his body is smeared
with holy ash.

The 149-year-old shrine is situated directly opposite the Jalan
Waterfall-Jalan Gotlieb junction. It did not have a shelter until several
decades ago when one A Arumugam erected a concrete room.

Nothing much is known about the late Arumugam but devotees who frequent
the temple say he felt compelled to protect the shrine after he saw a
vision of Lord Shiva there.

Today the Sri Muneeswaran temple is famous world over and thousands flock
to the shrine every year on Thaipusam.

But now things look rather bleak for the shrine due to the RM1.02 billion
Penang Outer Ring Road project which is expected to be completed by the
Malaysian Highway Authority (MHA) in three years.

Nothing can be done

Arumugam's brother-in-law, K Mohan, 61, said he was upset that the shrine
has to be removed for the project.

"We will definitely feel bad. It is like staying in a house for many, many
years and suddenly you are asked to move, you have built a life here,
known sadness and happiness, how do you feel?" he lamented.

"But it is a government project and that means there is nothing we can do
about it," Mohan who is also the temple priest told malaysiakini today.

His defeatist attitude has more to do with the fact that no one has
approached him about the matter let alone seek his opinion on the
impending eviction.

He says he has to know if the project would be a reality because it is not
easy to remove a holy shrine, which has been kept well over the years by
generous donors and devotees.

"If we need to move, we need to ask permission from the Lord. We would
have to pray until he gives his approval. After removing the shrine, we
would have to conduct prayers for another 48 days," he said.

Financial compensation must be reasonable and the government must assure
the devotees of an alternative place for the shrine, he added.

Special thanks to
Mr Vinod Mathavan
for the photos