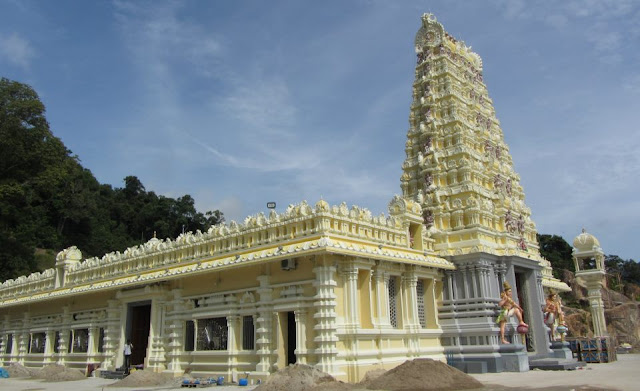 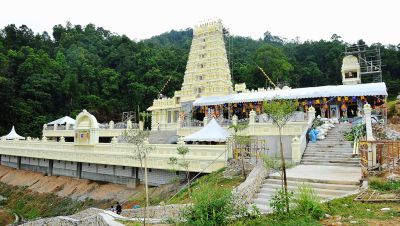 2012: Photo curtesy of The Star Online

Being one of the oldest temples in Malaysia, it has had a long history from its humble beginning at the base of a waterfall  in 1782 to its subsequent relocation to a 11 acre site in 1850 before moving to its final abode; perched majestically high in the hills of Jalan Kebun Bunga, about 30 metres higher than its previous structure built in 1850.This new temple complex was constructed on a safer location after much deliberation and study, to accommodate the ever-growing influx of devotees.The grand consecration ceremony (Kumbabishegam) of the newly completed Arulmigu Balathandayuthapani temple was held on the 29th of June 2012. Built at a cost of 10 million ringgit, this temple is said to be the largest Murugan temple outside India. 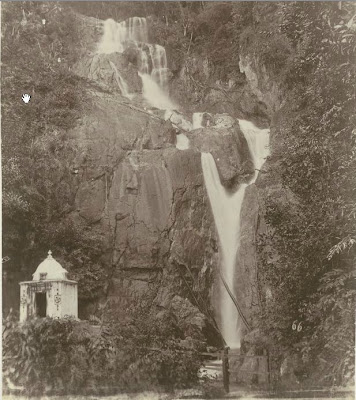 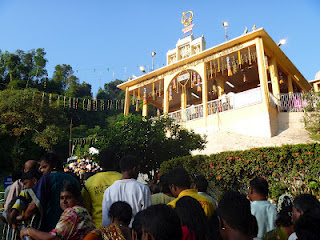 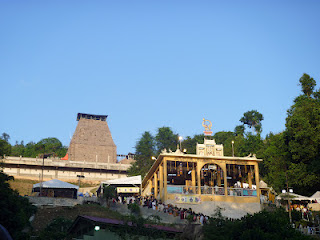 2011:The construction of the new temple is visible in the background 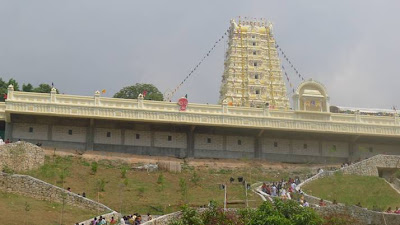 The temple's interior (The Sun)