The history of the Klang Valley:Petaling Jaya, Puchong, USJ and Shah Alam. When Temples speak!

The History of Petaling Jaya, Puchong, USJ and Shah Alam: 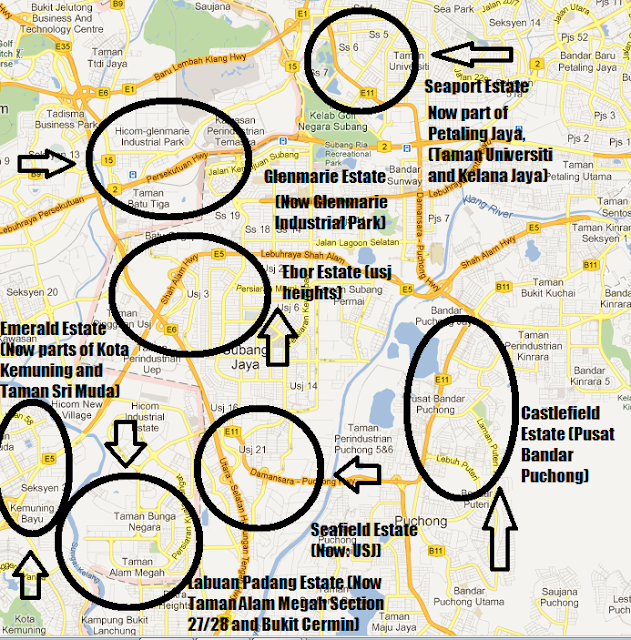 The maps above provide us with a rough picture of the original landscape of parts of Shah Alam, Puchong and Petaling Jaya which were generally vast tracts of rubber and oil palm plantations which stretched for as far as the eye could see.In fact, the very beginning of Petaling Jaya itself could be traced to an estate. In the 50's the British founded Petaling Jaya on a 486-hectare site formerly known as the Effingham Estate and that part of PJ came to be known as PJ Old Town. Little is known of the temples of Effingham Estate but its never to late do do a little research. On the other side of Petaling Jaya, temples such as the Seaport Mariamman Temple and the Sakti Easwari Temple of Kelana Jaya have emerged as success stories.These temples were affected during the expansion of Petaling Jaya in the 60's and 70's. Having survived an urban transformation and subsequent relocation, these temples continue to tell the story of the Estate of Seaport.

New boundaries have been drawn and redrawn over the years, dividing this landscape into new townships and cities, besides displacing these communities on a grand scale.This great displacement of estate communities is indeed an event which came as the cost of ambitious industrialization and urbanization with an inhumane disregard to the basic needs of the common man. Had it not been for the temples which still remain at these circled locations (see maps), the memories or history of these communities may have been lost or forgotten forever due to urbanization and the passing of time.Thus these temples are a heritage we must strive to treasure without allowing these monuments to be relocated for the original site of each temple tells a beautiful story.

"What happened to these communities of Indian plantation workers numbering hundreds of thousands?", is the question that should be asked for after the great turmoil in the 80's and 90's where this sudden displacement brought them out to the cities; lost and broke with no real skills apart from skills which were only useful in estates, they still managed to adapt and adjust to a new future and a ever more resilient and enterprising diaspora emerged amidst a challenging new landscape. It was a rough journey which saw the stereotyping of such people as gangsters due to the less fortunate who slipped into the clenches of the underworld . Needless to say, social ills were on the rise and after a generation, the tumultuous years were forgotten and parmanently hidden deep in the psyche of the Indian community as most continue to look progressively ahead  hoping for a better future instead of reminiscing their past. Perhaps the time has come for each individual to come forth and tell, a story of their ancestral past thus putting together a tale of epic proportions based on the countless stories and memories unearthed from the dusty vaults of the collective consciousness of this forgotten community. Lets start from the temple next door or the temple closest to home. It will tell a story and we can start from there. 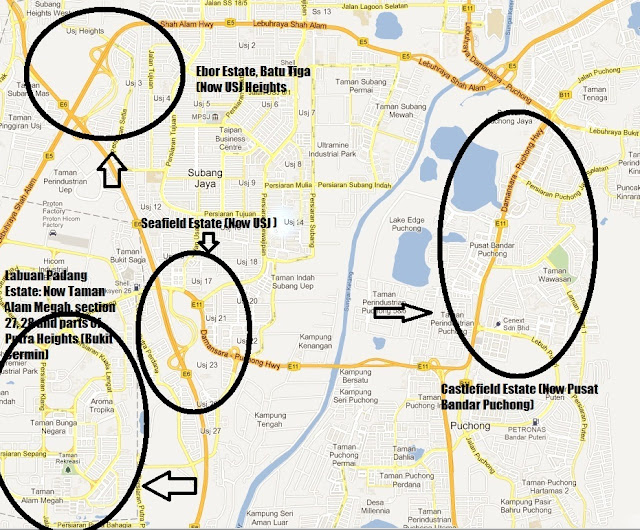 Special thanks to Google Maps

The History of Puchong, USJ and Shah Alam: The Temple Story.