Photos and information from
http://www.arumugaswamy.com 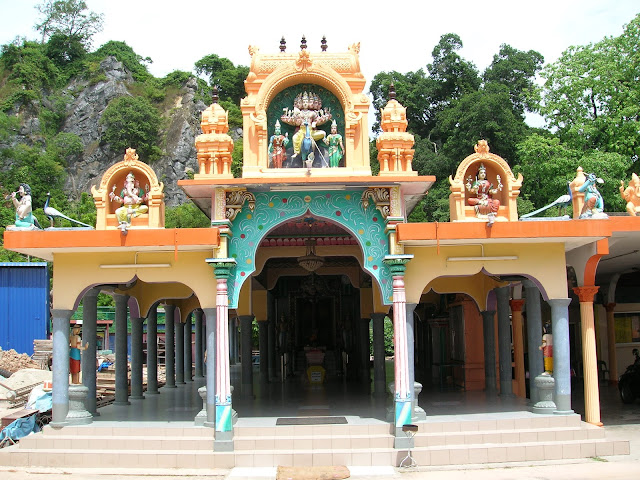 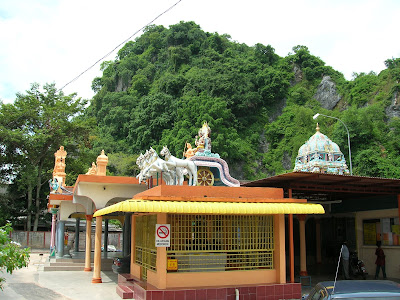 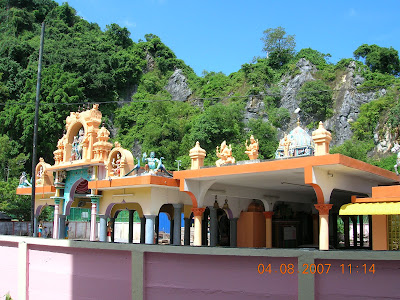 History of the temple as seen on
http://www.arumugaswamy.com/aboutme.htm

Arulmigu Arumugaswamy Dhevasthanam is the only Murugan temple in the small northern state of PERLIS. This majestic temple is unique in its own way as this temple is one of the few temples in the world where Lord Muruga is in his battle form. The mighty general ( Senapathi ) presides here as Lord ARUMUGASWAMY; the six faced one with twelve hands with his two Sakthis, Sri Valli ( Icha  Sakthi ) and Sri Devayanai ( Kriya Sakthi ) as the MOOLA MOORTHI in the main moolasthanam... The need for a place of worship for Hindus in Kangar was first mooted in 1965 by a group of devotees. These seven individuals who are the founders of this temple were...