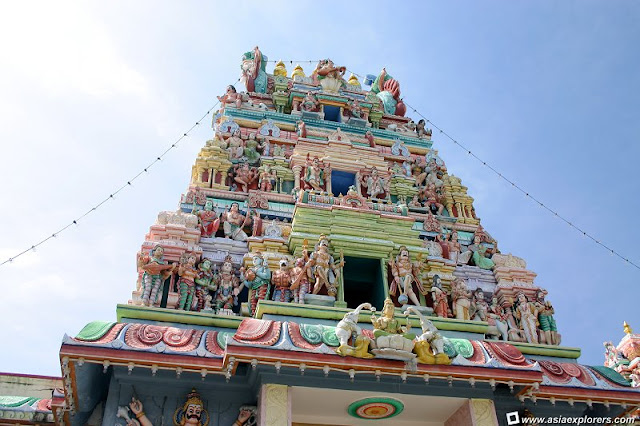 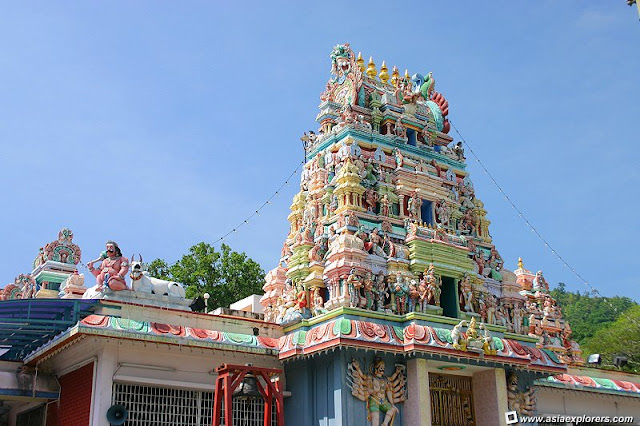 The Ayira Vaisyar hails from Tamil Nadu, where many of them still maintain links with relatives there. They first arrived in Penang in around 1830. Here, they settled in Victoria Street, Armenian Street, Acheen Steet and Beach Street. The Ayira Vaisyar Merchants' Association building is along Acheen Street. In 1920, they set up a trust fund with which they bought the piece of land on Waterfall Road to build a community-cum-prayer hall, called a madam.

The present temple building was completed in 1989, and dedicated to the bottle chettiar's patron deity, Meenachi Amman and Sundraewarar (Siva). The consecration of the temple was carried out on 9 February 1998.

What sets the Sri Meenakshi Sundraeswar Temple as unique among Hindu temples is that all the deities of the Hindu pantheon has a place in it, to accommodate the various personal deities of the elders and donors of the community. Special thanks to
Timothy Tye
http://www.penang-traveltips.com