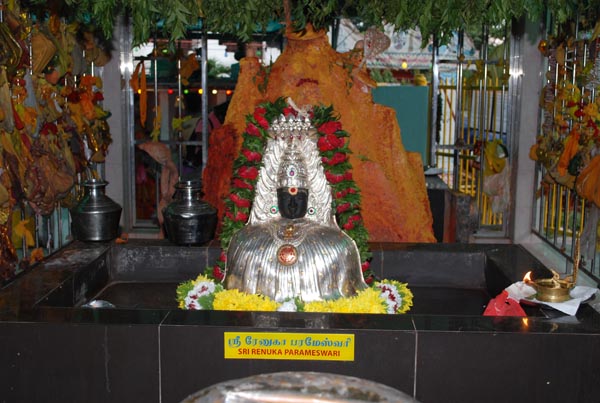 This temple was constructed by residents of the squatters houses situated in vicinity of Jalan Abdullah, Bangsar Kuala Lumpur before the second World War and prayers and other activities were held daily and the devotees were the residents of the squatter houses, municipal quarters, as well as the railway employees and their families. Some residents of the nearby areas patronised the temple. This temple contributed to serve the needs of the Hindu residents until 1977.
In 1977, the Urban Development Authority (UDA) was involved in redeveloping the area to build staff quarters for the Malayan Railway employees. The temple was asked to make way for the development and after a series of negotiation with the UDA management, it was finally agreed a piece of land to be allocated to the temple at its current site measuring 30″ x 15″ and it was also build by UDA for the temple at their expenses.